The True Source of Runners High

You are here:
Highly Active 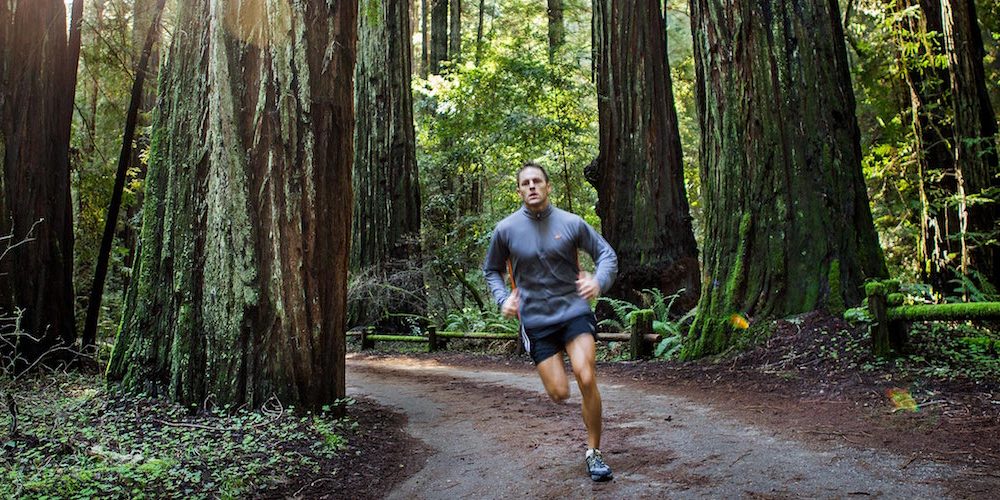 The mist lingers somewhat motionless. The sound of cloaked forest birds in the distance competes with the swaying branches of towering fir trees that give slow waves as I cut past them. The ground is soft from the resident rainfall and streams that constantly change course in an ever changing landscape. This is the tail end of Autumn in the Pacific Northwest and it is one of the most renewing experiences you might find yourself in. This is my preferred setting to get loose and also the reason I came to be a dedicated runner. Curiously enough, If I remove all those sublime elements and find myself in a second rate place to gallop about I still somehow finish with the same positive sentiments.

For years I gave most of the credit to the areas I chose to trail-blaze, but as I became short on time, I found myself looking for alternatives to get my runner’s fix that didn’t burn the clock. And so there I was, trying to catch a break in traffic on the busy streets that interrupted a carefully considered surrounding neighbourhood route. I was back home before I knew it with endorphins to boot. It wasn’t quite the same as the woods, but I still felt happy as Trump at an NRA convention. It had occurred to me it was the chemical balance that was the key to it all. I had routinely cited endorphins as the reason I’m pumped and borderline addicted to running. Endorphins, produced by the pituitary gland and the central nervous system got all the glory. I never thought twice about it and why would I when all that mattered was the elation that remained with me throughout and after a jaunt. Well it turns out I and many others, including the scientific community, we were crediting the wrong source.